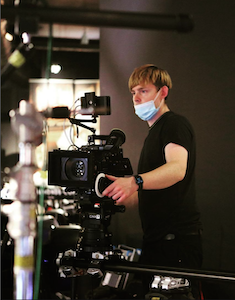 Joseph starting working for Gielgud Films back in 2007 as an assistant camera operator before going to film school and graduating from SAE London with a degree in film. Joe then set up his own company Edwards Films which specialises in making music videos, commercials and shorts as well as kit hire. Joe still works for Gielgud Films both in the cutting room as editor and and onset behind the camera. Joe has credits on independent and studio features as a 1st and 2nd AC, cinematographer, focus puller, DIT on Stardust (2020) and as video playback operator on Marvel’s Dr Strange. 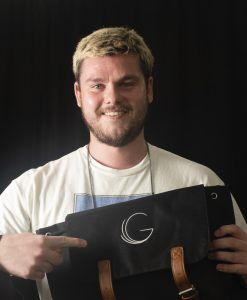 George studied Music Production at Bimm University Brighton, followed by a couple years as a Production Assistant for various TV shows and films; including The Late Late Show with James Cordon, Bros: After the Screaming Stops.  George then focused on sound and music gaining Assistant Sound Editor Credits on Busby (2019) and SAS: Red Notice (2021).