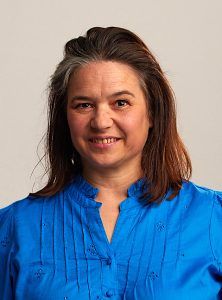 Suzanne Gielgud is a Writer, Director, Editor and Multi Award Winning Documentary Filmmaker, dedicated to making visually inspiring films that focus on dance and the arts. She is also a former Professional Ballet Dancer, the Founding Director of the talent agency Gielgud Management and Principal of the Gielgud Academy of Performing Arts. In 2017 Suzanne was awarded a distinction for her Master of Arts (MA) in Film through Raindance, London and Staffordshire University, England.

Suzanne created Gielgud Films in 2005 with her husband, the choreographer Piers Gielgud. Her first feature documentary ‘Dancing for Oliver’ (DFO) told the story of the creation of the dance scenes for Oliver Stone’s feature film ‘Alexander’ and included an exclusive and in-depth interview with Stone. DFO was screened at several film festivals internationally and won Suzanne a Best Documentary Award. Her second documentary ‘The Gospel of Ross McKim’ (GRK) illuminated the career of Contemporary Dance Guru and former Artistic Director of the Rambert School, Dr Ross McKim. GRK was screened worldwide at film festivals and won several awards for Suzanne including Best Female Filmmaker. Gielgud Films also specializes in filming live performances of dance and arts, including Opera Brava, the Mikhailovsky ballet, English National Ballet and the Rambert Schools.

Suzanne has been researching and writing her first feature screenplay ‘Olga’ for over 10 years. The completed Olga script received an honourable mention at the New York International Screenplay Awards 2018, and won best un-produced script at the Nice International Film Festival 2018. 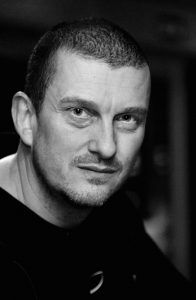 Piers Gielgud is a choreographer and movement director with who specialises in choreographing for the screen. His credits include ‘Alexander’ for Oliver Stone, ‘Stardust’ working with Robert de Niro and Claire Danes, ‘Being Julia’ with Annette Benning and Jeremy Irons. He choreographed Bollywood sequences for Pratiba Palmer’s ‘Nina Heavenly Delights’ featuring Art Malik and Shelley Conn.

Piers has also choreographed pop promos and live music shows (including Top of the Pops) for George Michael, the Pet Shop Boys and Lily Allen. His advertising credits include BMW and Remy Martin and fashion choreography catwalk credits include Stella McCartney for Adidas, Jones Bootmaker and Matilda Rose bridal wear.

Piers is a former professional dancer whose performing credits include the English National Ballet, Vienna Festival Ballet and the Lindsay Kemp Company. He is the great nephew of Sir John Gielgud and great, great nephew of Dame Ellen Terry. Piers is a Director of Gielgud Management and the Gielgud Academy of Performing Arts with his wife Suzanne Gielgud. He was Piers was an associate producer on Suzanne’s ‘Dancing for Oliver’ award winning documentary. Piers is a bass player and a qualified teacher, having gained his Post Graduate Certificate in music teaching at BIMM (Brighton Institute of Modern Music). 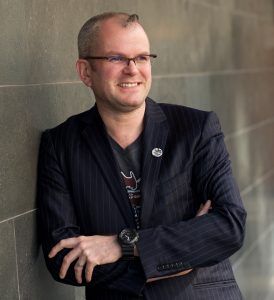 Rob has spent over 20 years Producing and Directing commercial projects, live events, factual television and film for a multitude of broadcasters and corporate clients through his production company FLETCHERWILSON Ltd. Starting out Art Directing music videos, Rob’s “never say no” attitude and eye for opportunity has afforded him years of hands on experience in a variety of departments across many production formats. Over the years he has become a proficient Director, Editor, Vision Mixer, Lighting Cameraman and Sound Recordist. This enables him to have a unique overview of the creative, logistical, technical and financial requirements of any project, whilst remaining focused on the detail. His debut feature length project as a Producer, ” Alfred & Jakobine”, was awarded Best Documentary at the London Independent Film Festival and Best Music at the International Documentary Association Awards. 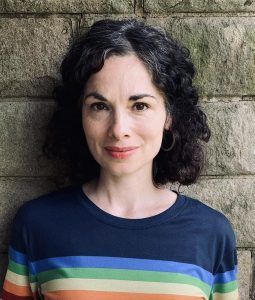 Lucy Casson
Lucy enjoyed her initial career as a professional dancer in Ballet Companies (English National Ballet), West End Musicals (Contact) and feature films (Phantom of the Opera and Harry Potter).
Lucy then began her casting career as one of the resident casting directors at the Finborough Theatre. She spent 9 months as casting assistant at the Royal Shakespeare Company and is a member of the Casting Directors Guild (CDG). As well as casting Theatre and Musical Theatre (American in Paris – the musical in the West End), Lucy also casts for Film (Murdered by my Father, Asylum nights) and TV (The Bay and X Company).
Gielgud Films is thrilled to welcome Lucy as its in-house casting director – it is a return home – since Lucy was repped by Gielgud Management during her performing career. 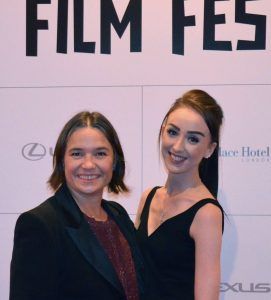 Laura trained at Tring Park School for the Performing Arts, and then worked as a PA and in administration for National Youth Ballet, and then English National Ballet. Initially, she joined the Gielgud team in 2011 as Agency Assistant at Gielgud Management before becoming Suzanne Gielgud’s PA.  Laura is a master of multitasking and assists Suzanne at Gielgud Films, Gielgud Management and Gielgud Academy where she also works as a teacher and the stage manager for GAPA productions.