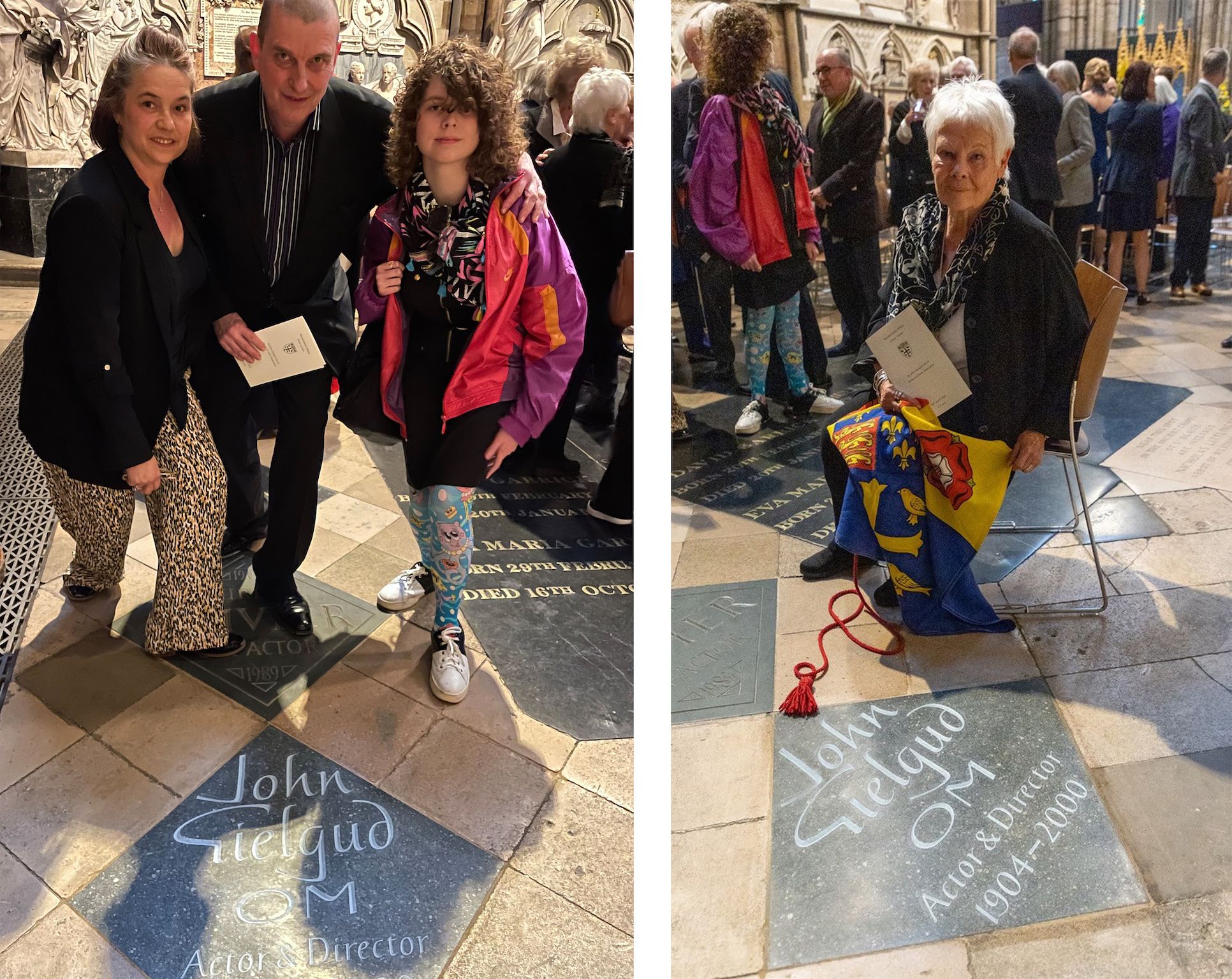 Gielgud Films’ Suzanne and Piers Gielgud were invited to represent the Gielgud family at the dedication ceremony of a memorial stone for Sir John Gielgud at Poets Corner, Westminster Abbey on April 26th. The event was presented by the Shakespeare Guild and featured appearances from theatrical greats, Dame Judi Dench, Dame Janet Suzman, Sir Ian McKellen, Sir Richard Eyre, and Sir David Hare. Sir John Gielgud, who is the late, Great Uncle of Piers Gielgud, trained at RADA and himself was the great-nephew of the legendary Victorian actress Dame Ellen Terry. Sir John is celebrated as being one of, if not, the leading Shakespearean actors of his generation. Other guests included the actor’s Sir Derek Jacobi and Finty Williams.